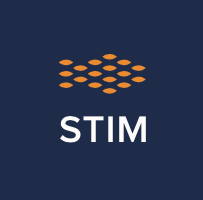 Working together with Professor Yonathan Zohar and Dr. Ten-Tsao Wong at the University of Maryland, Baltimore County (UMBC), STIM has developed a simple and efficient bath-immersion technology to produce reproductively sterile fish.

This non-GMO technology is based on short-term “silencing” of the genes that are responsible for the development of the very early gonads leading to fish without ovaries, testes or gametes.

We discovered that a molecular transporter known as Vivo, can effectively carry a silencing agent (Morpholino oligomer, MO) across the chorion of the eggs, enter the embryos and reach the target cells. Vivo-conjugated MO against deadend (dnd-MO-Vivo), an essential gene for fish primordial germ cell (PGC) development, effectively disrupted PGC development, which led to the elimination of germ cells and resulted in the production of reproductively sterile fish without affecting any other physical characteristics of the fish. Since sterility is inducible by bath-immersion, this technology makes it convenient to produce a fertile broodstock population (i.e., skip the treatment) when required.

This non-GMO technology was first developed and optimized in zebrafish and has been subsequently tested in salmonids. Our initial results indicated that the technology can be used to produce reproductively sterile rainbow trout and Atlantic salmon (See picture). Since Dnd is highly conserved in fish and its essential role in PGC development has been demonstrated in multiple species of fish, it is expected that the technology can be successfully applied to a wide range of aquaculture species, which will also benefit aquaculture in general and globally. In addition to developing Vivo, we also discovered a new molecular transporter that can enhance the uptake of dnd-MO without the need to conjugate to dnd-MO. This discovery is expected to significantly reduce the cost of the technology. Our approach is innovative since it is the first time that a non-GMO gene silencing technology has been shown to have the potential to produce reproductively sterile fish to prevent breeding of escapees and alleviate the problem of early maturation in the industry. Moreover, our approach can be seamlessly integrated into the Atlantic salmon egg production process by simply adding the silencing compounds before or at the time of fertilization. The technology that we developed so far has been filed as two separate patent applications which are now pending approval.